The Girlfriend 500 - sounds like a cheesy advertisement in one of those weird TV shows, right? - is a beautiful computer of its time and nowadays it still has the charm. I remember, I was around 14-15 years old when one of my mates bought an A500 and we played games, watched demoscene productions all weekend long without pause. I had a C64 back then, we used 386 PC's in school and the difference between the computers were remarkable. While I was still in love with the C64, the PC's were kinda soulless, or how to describe it. The Commodore computers definitely had somekind of charm and personality. Not just because the audio-video capabilities but... I don't have words to describe it. They were just simply better :)

So, I have an A500. Cleaned it from top to bottom, from inside to outside and... It doesn't load any software from any disk, while the same disks work without problem in my A1200.
Captain Obvious here, the A500's floppy drive is broken.

I've read a few articles about fixing it, but I decided to order a Gotek drive with the Cortex Amiga Firmware. It's a clever device and a clever new firmware that might not work with the A500' without further modification. There can be an issue with older Kickstart and/or using the Gotek as additional (DF1) floopy and not primary (DF0).

I simply replaced the broken floppy drive with the Gotek: 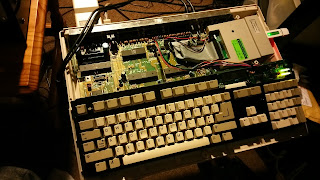 And it works. Just, simply works. It's sooooo comfortable to copy .ADF (Amiga Disk Format) files to the USB stick and switch whenever it's needed.

However, the first setup of the USB stick wasn't obvious on the first look but fortunately I was able to gather all the required information from various forums.

The Gotek with Cortex Amiga firmware is not enough on its own, the USB stick needs a file called SELECTOR.ADF.

You can download it from Cortex' page, don't forget to rename the extension to .ZIP: cortexamigafloppyemulator_v105a.docx

The SELECTOR.ADF can be found in \cortexamigafloppyemulator_v105a.zip\CortexAmigaFloppyEmulator\Bootdisk\ folder.
By default it is an empty disk file.

Next step is to download games, demos, whatever you want to run on the A500. One of the best source of demoscene productions is http://pouet.net
Use the "Search Box" feature on the top-right corner of the page.

I downloaded ~100 demos for the A500 (OCS/ECS), but oh noes, a lot of them were .DMS and not .ADF files. This is a compressed Amiga Disk Format, WinUAE can read it without any problem but the Gotek can't. It works with .ADF files only.

Don't worry, there is a solution for that!
ADF Opus and its batch convert option did the job and converted the DMS files to ADF in a few seconds.

Now we need to create a "tracklist" that the Gotek and its SELECTOR.ADF would use for listing/tracking of the .ADF files on the USB stick.

There is a tool called Amiga Gotek Cortex SELECTOR.ADF Edit (pretty long title but it perfectly describes the tool).


The tool scans and lists all the .ADF files on the USB stick, now you can move the files from the right-side to the left-side, then click SAVE. This will be your "playlist" and you can select the disk image files with the small buttons on the Gotek drive.

Insert the USB stick to the Gotek, boot up the Amiga. The SELECTOR.ADF will start automatically and you can browse the list and run any of the .ADF files. Yaaaaay, happiness, flawless victory.

I've spent the whole night with watching some neat demoscene stuff and enjoyed the same goosebumps as I had X years ago. 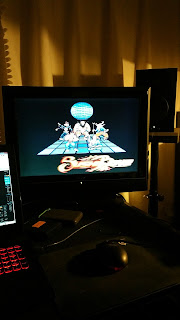 Rink a Dink Redux by Lemon: 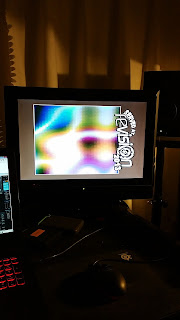 And a lot more of course :)

Now the next step is to mount the Gotek drive into the A500 without drilling, without destroying the plastic case. That's the story of the future, I'll share it with you once it's done.

Posted by StrayBoom at 9:36 PM