I mentioned in a previous post I've saved a C64 but it was in a bad condition. Made some photos of the case to show you what I mean: 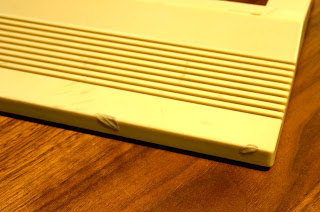 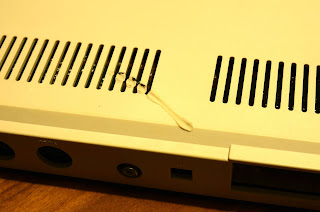 First I thought somebody didn't really take care of this poor C64 and scratched/melted/screwed it. But you know what, this is something that I've never heard of. Somebody from a forum told me this is a "cable-melted" scratch mark.

This C64 might have stored in a loft for many years and there was a chemical reaction between the plastic case and the plastic cover of the cables (TV, power, etc.) and they created these bad looking scratches.

This is the surprise news of the year, and the years just started.

While I disassembled the case to see how does it look like inside I found the screws weren't original but much bigger and stronger replacements. And of course the holes inside the case were broken... 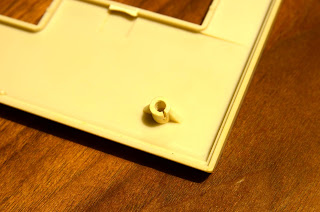 Not _that_ bad but bad enough and the longer and stronger screws broke the body and made new holes on the top cover as well.

Other than that the motherboard works great, it's stable. So I decided to invest into a new plastic body.

In case you missed it, here is the link for the Kickstarter campaign

They say, "We have found the original molds and want to press new cases! "

I liked the blue color so I ordered it.

After a few weeks it arrived and I was happy because it looks even better than on the photos. 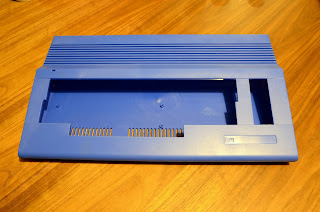 I quickly removed the motherboard and put it into Blue. 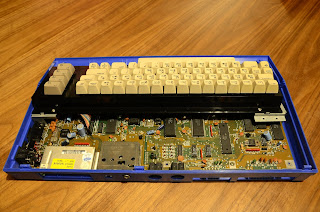 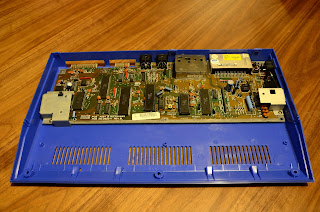 And to be really blue, I changed the red LED to a blue one! 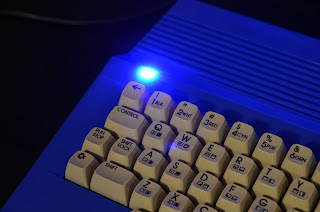 This is the story of Blue, the blue C64C. Good night.

Posted by StrayBoom at 9:05 PM