"The SOASC= project is an automated recording technique invented by me (Stone Oakvalley) in order to mass-record music from the legendary Commodore 64 and its original SID sound chips (6581 and 8580), including variations of 6581, such as R2,R3 and R4!"

He gave me the inspiration to make a SID shootout and record 1 (one) music with different SID revisions. I was lucky enough to have my hands on 5 different SID, basically I have one SID from each available revision.

Why did I do it?
Because there is a difference in each SID revision's sound - sometimes it's just a slight difference but it's there - and I was curious how one of my favorite music would sound on each.

Are you still with me? I hope so because we shall jump into the most interesting part now.

So, based on the WIKI article and the fact that different revisions have different properties, the different SID revisions must sound different. And they do, of course :)

Let the competition begin! The music is "Jeff - Anal'ouge" (HVSC/MUSICIANS/J/Jeff/Anal_ogue.sid), which was composed on a 6581 - as Jeff confirmed he used a C64 with 6581 SID for most of his music.

The computers are Breadbin, Aussie and Blue: 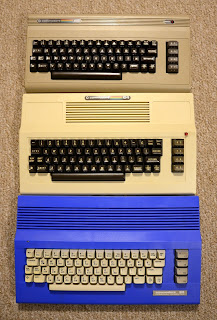 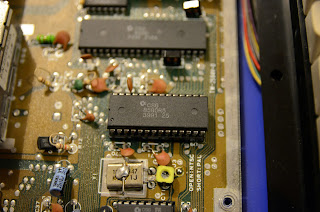 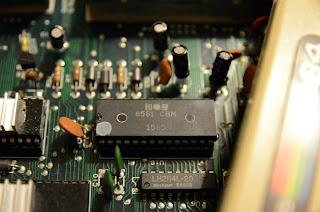 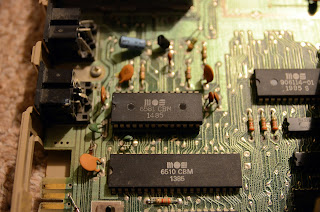 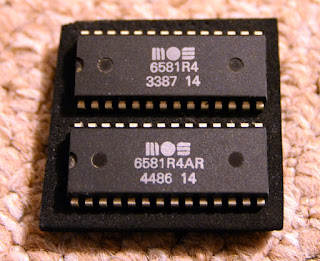 Conclusion:
This track sounds different on each SID revision :) Even the C64's own noise is different and not equally loud.

My favorite is the 6581 R2, it's rough and dirty and the bass is awesome. However, I like the 8580 R5 as well, it's clean (just listen to the flute-alike instrument at the start) and the bass is softer but somehow this makes the music more ear-friendly to me.

The other revisions sound like they have glitches, the snare-clap is a bit muffled (filtered?), bass is different but not bad at all. The most interesting difference is the already mentioned flute-alike instrument which is kinda distorted/modulated/filtered in a different way on each SID revision.

Which revision is better? Can't tell as it's a question of taste. Pick your favorite.